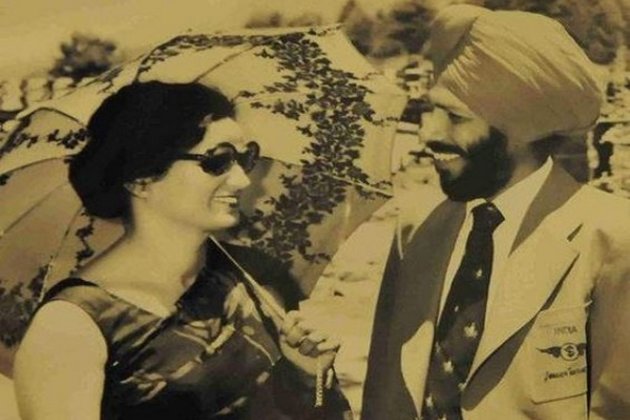 Chandigarh (Punjab) [India], June 13 (ANI): Track legend Milkha Singh's wife, Nirmal Kaur, on Sunday passed away aged at the age of 85. She had tested positive for COVID-19 in May this year.

"We are deeply saddened to inform you that Nirmal Milkha Singh passed away after a valiant battle against Covid-19 at 4 PM today," read a family statement.

Nirmal Kaur, was a former Director of Sports for Women in the Punjab Government and was also a former captain of the Indian women's national volleyball team.

The former Indian sprinter Milkha Singh also tested positive for coronavirus two weeks ago and was in isolation at his home in Chandigarh before he was admitted to the ICU at PGIMER, Chandigarh.

Last week, PM Narendra Modi spoke to Milkha Singh and expressed hope that the iconic former athlete will be back soon to "bless and inspire athletes, who will be participating in the Tokyo Olympics."The legendary athlete is a four-time Asian Games gold-medallist and 1958 Commonwealth Games champion. He still is the only Indian athlete to win Gold in the Asian and Commonwealth Championship. He was awarded the Padma Shri, India's fourth-highest civilian honor, in recognition of his sporting achievements. (ANI)