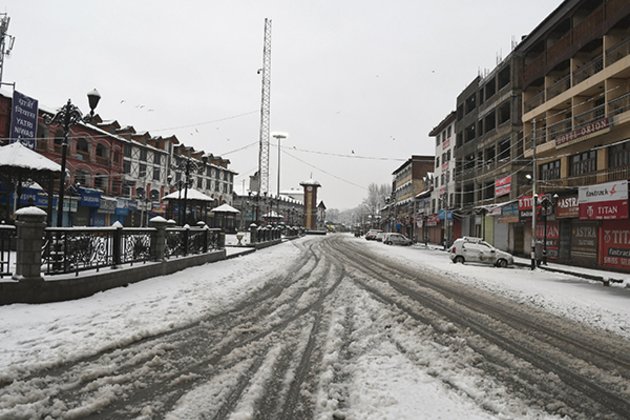 By Raghvendra SinghNew Delhi [India], October 20 (ANI): Advancing the date of India's partition and dispensing with the phased withdrawal of the British administration and its forces cost India dearly. The communal conflagration that ensued and the festering Kashmir dispute was no unintended consequences of this decision.

Why were the Indian freedom struggle leaders so anxious to advance the partition date is strictly not my brief to explain, but one thing is certain, there has not been much debate on this issue. Why was North-West Frontier Province (NWFP) lost to India when it had a comfortable Congress majority in the 1946 provincial elections? Why was Kalat (80 per cent of Baluchistan) and 40 per cent of current Pakistan, forcibly taken by Pakistan in April 1948? The Gilgit episode was a well-designed conspiracy against India. Baltistan, Hunza, Nagar, Punial, Yasin, Ishkoman and Chitral were also lost to India. Not many in India are aware of these names, much less of its vital importance.

While Baltistan, Saksham Valley, Aksai Chin and the POK are shown as an integral part of India, Chitral does not find a mention in the map of Jammu and Kashmir. Chitral was in fact suzerain and its territories directly ruled by Kashmir. No one objects to the mention of Chitral as part of Pakistan territory. Why has this not been contested?In the 1870s, at the time of the Second Anglo-Afghan War, the British were anxious to isolate Afghanistan. The Afghan government had then exerted pressure on the Mehtar of Chitral, threatening him with an invasion. The British encouraged the Maharaja of Kashmir to accept suzerainty over Chitral. A Treaty was signed between Mehtar of Chitral and the Maharaja of Kashmir in 1878. As per that treaty, the Mehtar was to obey and execute the order of Maharaja, consider the Maharaja's enemy as his enemy and pay an annual Nazarana to Kashmir; also receive a subsidy from Kashmir State. No mention was made of the Government of India in this treaty. As late as 1939, the Mehtar of Chitral was keen to negotiate a direct agreement with the Kashmir Durbar on the lines of 1878 Treaty wherein the British Government were not to be a party. Since the Gilgit Wazarat was already leased out to the Government of India in 1935, the then Prime Minister of Kashmir could not entertain such a proposal and ultimately the idea of fresh agreement was given up. Further negotiations were kept in abeyance due to the outbreak of war in September 1939. But till the time of partition in 1947, the Treaty of 1878 had stood unmodified.

There is strong reason to believe that the invasion of Kashmir in the third week of October 1947 was actively abetted by Britain. Gilgit Agency fell prey to its Scouts, a Kashmir State force led by a British officer who organized a coup and unfurled the Pakistan flag in Gilgit. Subsequently, Baltistan also fell to Pakistan. Chitral, an integral part of Kashmir, was never claimed by India. It was in Britain's interest that NWFP, Baluchistan and areas of Pakistan form part of Pakistan. Why then even after more than seven decades of India's independence, do we still continue to believe in the inevitability of India's partition? That communalism was the cause of India's partition is the predominant theme of modern Indian historiography. That narrative needs to change. The subject of Gilgit is just such a narrative.

The British Indian government was not averse to co-opting the Gilgit subdivision of Kashmir as part of Indian federation under Government of India Act, 1935. But any such declaration would tantamount to acknowledging those areas as part of the Kashmir State. Under the Act, an Indian State could include any territory under the suzerainty of the Ruler which was not part of British India. For the purpose of Government of India Act 1935, Kashmir could include Hunza, Nagir, Chilas, Koh-Ghizar Yasin and Ishkoman which were under Kashmir's suzerainty. Punial would also come within this ambit for it was a Jagir granted by the Kashmir Darbar.

Mischievously, the British Indian government decided to exclude federal authority from these areas despite the fact that the Census Records of Kashmir took into account the population of all these eight frontier areas.

Could Chitral be regarded, for the purposes of Government of India Act 1935, as a part of Kashmir? Chitral was under the suzerainty of Kashmir as per the Aitchison Treaties Vol. XI Page 428, a definitive acknowledgement of the suzerainty in the Agreement of 1914, attested by the Assistant Political Agent of Chitral. As per the definition of Indian States under the Government of India Act of 1935, Chitral should have been regarded as part of Kashmir State. The British Indian Government, however, decided to introduce an amendment to the Government of India Act 1935 to circumvent issues arising from the definition of an Indian State. The amendment stated that the "territory which was under the suzerainty of, but did not belong, to the Ruler of Indian State shall, for the purpose of Government of India Act of 1935, be deemed not to form a part of the State". What perfidy!There took place a dispute over the Indus waters in the middle of 1953. The Pakistan Government produced maps in which the territories of erstwhile Gilgit agency were marked as part of Pakistan. A reference was made by the then Ministry of Irrigation and Power on 21st May 1953 to the Ministry of States seeking clarification on the territorial locus standi of these areas. After a lapse of more than a month, on 30.6.1953, the Ministry of States wrote to the Chief Secretary, Government of Jammu and Kashmir for providing the details. Finally, on July 29, 1953 the requested note was sent by the Chief Secretary to Viswanathan, Joint Secretary, Ministry of States. According to that note, the Gilgit Agency comprised of the:1. Gilgit Wazarat which included the Tehsil of Gilgit and the Niabat of Astor;2. The States of Hunza and Nagar;3. The Republic of Chilas; and4. The Governorships of Punial / Yasin / Kuh-Ghizar/Ishkoman.

The British continuously endeavoured to complicate the situation for the Maharaja of Jammu and Kashmir since 1880's and then restored the status quo ante when they quit India. Whether their decision of 1947 to retrocede the whole of Gilgit to Kashmir was a ploy to ensure that it eventually got occupied by Pakistan is clearly a moot point.

I have tried to locate direct references made by the then Prime Minister of India on Gilgit/Baltistan, for the Prime Ministers wrote quite prodigiously on the subject of Kashmir during 1947-48. The administrative records of that period are replete with such references, but there is no hint of the lost territories in the letters made public. The ordeal suffered by the people of Gilgit and Baltistan in 1947-48 is all very well known. But was this raised effectively with Pakistan authorities? Why was it not? That's again a moot point!It was a deliberate policy on the part of Britain to undermine the direct role of the Maharaja of Jammu and Kashmir over the area of Gilgit and Chitral. The historiography has tended to concentrate on the annexation of Gilgit by Pakistan, its suppression and the growing alienation of the people of that region. Studies have also tended to focus on ethnicity, human rights and the developing politics ofthat area. Not much attention has been paid on the British policy in 1947, rather from 1871 onwards.

(Disclaimer: The author is Secretary, Ministry of Culture, Government of India) (ANI) 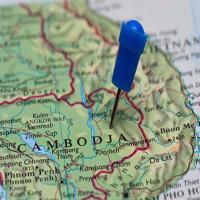 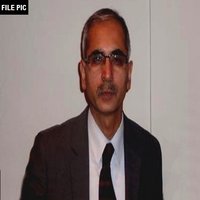 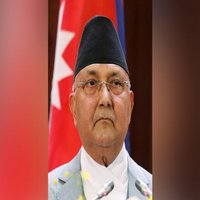 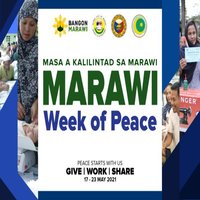