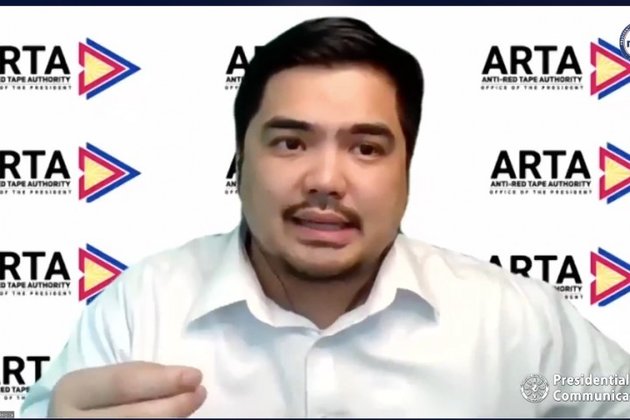 QUEZON CITY, Aug. 4 (PIA) -- The government's drive against red tape in the bureaucracy is gaining ground since the Anti-Red Tape Authority (ARTA) became fully functional in 2019 and with the release of the Implementing Rules and Regulation of Republic Act No 11032 or The Ease of Doing Business and Efficient Government Service Delivery Act of 2018.

ARTA Director-General Jeremiah Belgica, during the 11th Presidential Communications Operations Office - Philippine Information Agency (PCOO-PIA) virtual Townhall meeting on August 3 shared that a concrete example is the decrease in the number of days for processing of any government transactions.

Through the Project NEHEMIA Belgica said, they were able to reduce the number of days for processing application, from the previous of 8 months to 1 year, into approximately 16 days. Documentary requirements were also reduced to 35 from the previously required 86, while permits needed were reduced to less than 10.

Belgica further explained that according to RA 11032, pending applications that lapsed in their required number of processing days-3-days for simple transactions; 7-days for complex and 20-days for technical transactions-will automatically be deemed approved.

Should the processing time for the application goes beyond the required processing days, Belgica said agencies need to give applicants a written explanation on why their application has not been acted yet.

If individuals do not receive an explanation, then they can go to ARTA and file for a complaint.

According to Belgica, ARTA will release their findings within three days, or the Declaration of Completeness of the Submitted Documents, wherein ARTA is certifying that the individual already submitted all the required documents. This also includes the order for the supposed erring agency to release the approved document.

Belgica, however clarified that it is not ARTA who approves the application but only determines the completeness of the individual's submission.

Should the erring agency still fail to release the required documents, then that is the time that ARTA will file a case against the said agency."Dahil this is now a blatant na pagsasantabi nung tinatawag natin na provisions ng batas," (Because that is a blatant disregard of the provisions of the law,) Belgica said.

Project NEHEMIA or the National Effort for the Harmonization of Efficiency Measures of Inter-related Agencies is a sectoral-based streamlining effort that is directed towards speeding up and realization of the Socio-Economic Agenda of the Duterte Administration. It targets to reduce the time, cost, requirements, and procedures in sectors of economic and social significance by 52% within 52 weeks.