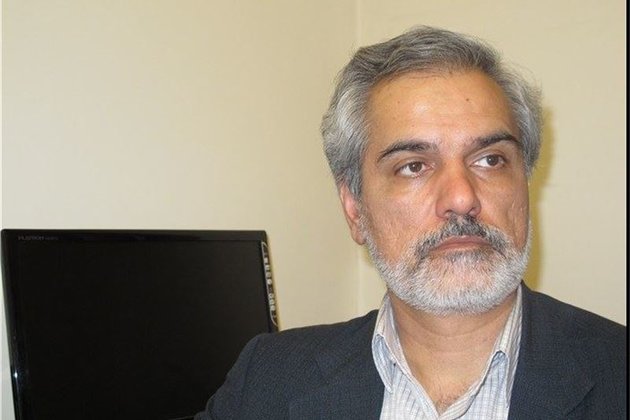 TEHRAN (Tasnim) - An Iranian political expert wrote a critical article in response to the claims raised by American diplomat William Joseph Burns in his 2019 book "The Back Channel", reminding the former US deputy secretary of state that threatening Iran will get nowhere.

In the article، published by the Tasnim News Agency، Massoud Rezaee has provided a detailed analysis of the claims and comments in William Burns' book and made a series of facts clear for the US diplomat.

Rezaee said after reading the ninth chapter of "The Back Channel: A Memoir of American Diplomacy and the Case for Its Renewal"، he has come up with a series of recommendations، considering that Burns is known as an invisible diplomat and an expert of secret talks in hidden channels.

The Iranian expert said the choice of title for the book's chapter 9 revels that Burns is strictly committed to the US traditional political system which is "Label and Destroy".

Rezaee said such a racist American culture emanates from the US' founding fathers who labeled thousands of indigenous people and killed them. "The ruthless massacre of thousands of Indians was an utter genocide and the birth of a 'terminator'".

He then pointed to the racist policies of the US since its foundation، abduction of African people from another continent، dropping two nuclear bombs on Japanese people in the Second World War، and massacre of defenseless Vietnamese people with Agent Orange only because they were standing against the blond-haired and blue-eyed Americans.

"This is the American culture and tradition: whoever is not with us، is not a human،" he deplored.

Rezaee said nuclear bomb was the label that the US resorted to against the Islamic Republic of Iran in order to launch a strike in terminator-like style، but failed to do so.

Under the guise of such a labeling and destruction operation and adopting the policy of all options being on table، the US was in fact seeking to make up for 40 years of successive defeats in the face of Iran، he said، adding that the victory of the Islamic Revolution under Imam Khomeini's leadership was a severe economic and political blow to the White House that embarrassed the US.

Rezaee said he is not opposed to the image that Burns has tried to create about Iran، namely a threatening and impenetrable entity، adding that the White House favors only regimes and states that follow the American rules، like the regime of former Shah of Iran or the Saudi government.

This is obviously clear that the post-Revolution Iran would be a threat to the US' illegitimate interests in the region and the world، the expert noted، saying Iran shattered the "Silence of the Lambs" and raised the voice of freedom، independence and move towards justice.

The word 'impenetrable' to describe Iran is not incorrect either، because the US has failed to have any deep impact on the Iranian policy- and decision-makers since the victory of the Islamic Revolution، Rezaee said. "The principle of guardianship of the Islamic jurist in our Constitution and the vigilance of the Establishment's Leadership have seriously prevented the Revolution's deviation from the main path."

He further took a swipe at Burns for refusing to cite the terrorist Mojahedin-e Khalq (MKO) organization when mentioning the US' intelligence community in his book، noting that the MKO members، who were spying for Washington on Iran's peaceful nuclear program، are the members of the very same organization that had assassinated two senior American military forces in Tehran less than three decades before espionage for the US and had presented themselves as the harshest anti-American forces in Iran.

Rezaee then lashed out at the US for its inaction on the Israeli nuclear activities، the regime's nuclear facilities and atomic weapons. "The sensitivity shown by the US and its intelligence is completely biased and follows double standards."

He further explained that the US fabricated a case on Iran's nuclear program by resorting to double standards، lies and accusations، and by employing its political and economic influence.

While Iran agreed in 2002 to allow the International Atomic Energy Agency (IAEA) to set up online cameras at its nuclear facilities، seal its nuclear warehouses، and let the IAEA inspectors make frequent visits، the UN nuclear agency and the state parties engaged in the negotiations refused to give a clear response to Iran or prepare the ground for the resumption of Iran's peaceful nuclear activities after two years، he added.

Such an unacceptable reaction revealed the fact that Westerners do not basically intend to provide any clear response and only seek to stop Iran's nuclear activities، he noted.

He explained that the US was worried about Iran's scientific and technological progress، a part of which was the nuclear industry.

It was an intolerable fact for the US and its allies to see that the young scientists were making Iran a member of the club of countries with nuclear industry and that the sense of self-confidence and self-reliance was growing rapidly in Iran، he noted.

Rezaee said the Americans finally decided to weigh plans to create a contact line with Iran in order to prevent an increase of the US government's costs. He said the Burns' memoirs clearly indicate a sense of "frustration and thrill" in the Bush administration. "You were frustrated because Iran had not stopped، and were excited because you thought you had found a glimmer of hope to reduce Iran's pace in this path (nuclear industry)،" he told Burns.

He advised Burns to review the assertion in his book that the US had no clue to Iran's attempts to gain a nuclear weapon، saying what caused Washington to raise such strange accusations against Iran was nothing but "delusion"، plus the sense of humiliation after expulsion of the US from Iran in 1979 and the Islamic Republic's successful and effective resistance to the White House's cruel policies.

Rezaee also dismissed the hypocritical remarks from former US president Barack Obama that his policy did not entail a regime change in Iran، referring to Obama's comments after achievement of the JCPOA that the US would have taken up the option of eliminating every single nut and bolt of Iran's nuclear program if it had had the capability to do so.

Immediately after the 2009 unrest in Iran، the US government held the mistaken belief that the Islamic Republic had faced internal challenges and weakness، so it disclosed its real face and vigorously supported the opposition to change the government in Iran، he added.

Rezaee said the US officials demonstrated their "inherent and institutionalized insincerity" for the thousandth time، noting that the untrustworthy nature of the US became clear once again، the view that Imam Khomeini and Leader of the Islamic Revolution Ayatollah Seyed Ali Khamenei had repeatedly expressed.

In response to Burns' comments that one of the US' options was to attack Iran's nuclear sites، Rezaee said had the US taken military action against the nuclear facilities، it would have received a "severe and crushing military reaction" from Tehran.

The Iranian expert said the US was obligated to pursue the political option and look for a channel of direct contact with Iran as it is afraid of the Islamic Republic's great military power.

He further highlighted Iran's honest cooperation with the IAEA and its permission for unannounced inspections and arrangements for monitoring because Tehran's nuclear activities are completely peaceful.

While Tehran has been always prepared for reciprocal and sincere interaction، the US was seeking to impose the highest degree of inspections on Iran without undertaking any clear commitments، Rezaee said.

He pointed to Iran's commitment to the Treaty on the Non-Proliferation of Nuclear Weapons (NPT) and the voluntary implementation of the Additional Protocol، saying the US is used to breaching international treaties.

"Wherever you feel that you can use force and serve your interests، you give your arbitrary and selfish interpretation on an international treaty shamelessly and even violate it as easy as pie، and this is the embodiment of the spirit of Al Capone in the body of the American policy and politicians،" Rezaee told Burns.

He pointed to the reasons behind the Iranian nation and the Leader's mistrust of the US، enumerating the damages that the United States has done to Iran over the past decades، including Washington's leading role in the 1953 Iranian coup d'etat، its deceitful policies towards Iran even during the Pahlavi's reign، or the violation of commitments in the Iran-Contra affair، also known as the McFarlane affair.

"In fact، what I'm going to say here is not good news for the US government at all: the Leader of Iran has been an avid reader since he was young and has vast knowledge of the historical and political issues، and، as a result، his mistrust of the US is not based on feelings، but on studies and analyses of the historical realities and experiences. Thus، the American government and politicians must abandon the idea that they would be able to deceive him (Ayatollah Khamenei)، either with a smile or with a few meetings، a number of apparently friendly sentences and a few empty promises. I'm really sorry for you in this case،" Rezaee added.

He also denounced the Trump administration's breach of the 2015 nuclear agreement while Iran had remained fully committed to the JCPOA.

"Mr. Trump's policy against the Iranian people's resolve and determination is nothing but recurrent and boring threats and intimidation. However، if any act of aggression is taken against Iran، what happened in Ain al-Assad (in Iraq) will repeat again and again. Mr. Trump had better heed the valuable and correct advice from Dr. Zarif for the American officials: 'Never threaten an Iranian'. And I would add: Specifically if that Iranian is Ayatollah Khamenei،" he concluded.