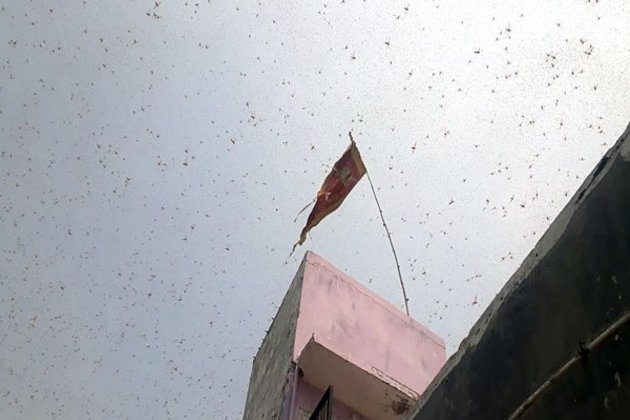 Kathmandu [Nepal], June 27 (ANI): Nepali government said Saturday that the locust swarm has entered the country from its southern border with India.

Nepal's Ministry of Agriculture and Livestock Development confirmed the entry of the locusts in a statement cited by Xinhua news agency after farmers of a few districts in Province 2, Province 5 and Bagmati Province reported an increment in the number of insects in their fields.

The insects are a collection of certain species of short-horned grasshoppers that migrate and swarm at the plants, destroying leaves and fruits, and leaving only the stem. They are known for damaging a large portion of crops in a very short period of time.

"The ministry has deployed the technical teams under provinces and federal bodies to collect the information on the number of the insect, situation, its spread and damage," the spokesperson said, adding "the workforce and concerned bodies have become active."The ministry in the preliminary phase has speculated that an abrupt change in the direction and flow of wind might have spread the insects in smaller swarms. (ANI)