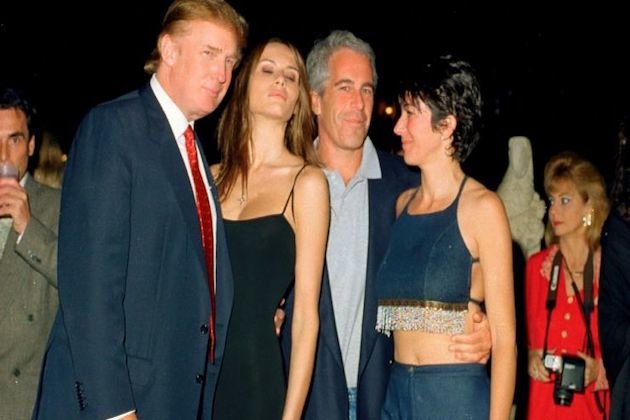 WASHINGTON, DC - U.S. President Donald Trump zeroed in on a claim former President Bill Clinton may have had something to do with the sudden death of convicted sex offender Jeffrey Epstein.

Asked why he had retweeted a post about a conspiracy theory involving Clinton, Trump immediately endorsed the man who originated the tweet, noting he is a big fan of him (Trump) and a very highly respected conservative.

"Yeah, he's a very highly respected, conservative pundit. He's a big Trump fan. That was a retweet. That wasn't from me; that was from him. But he's a man who has half a million followers. A lot of followers. And he's respected," he said.

"The retweet, which is what it was - it was a retweet - was from somebody that's a very respected, conservative pundit. So I think that was fine."

The president was then asked if it was appropriate for him to be spreading that kind of conspiracy theory.

Asked if he thought the Clintons werte involved in Epstein's death, rather than refute it, he said "I have no idea."

"And then the question you have to ask is: Did Bill Clinton go to the island? Because Epstein had an island that was not a good place, as I understand it. And I was never there. So you have to ask: Did Bill Clinton go to the island? That's the question. If you find that out, you're going to know a lot," the U.S. president, who was a friend of Epstein's, said.

Epsten, when he died in an apparent suicide on Saturday, was facing numerous allegations from young women who were hired to massage him. They were paid around $300 per massage. Some of the women are alleging the multi-millionaire made inappropriate advances. The women, who were procured for him by female associates vetted the women to ensure they were above 18, however Palm Beach police and the FBI indentified up to 40 minors may have been involved.